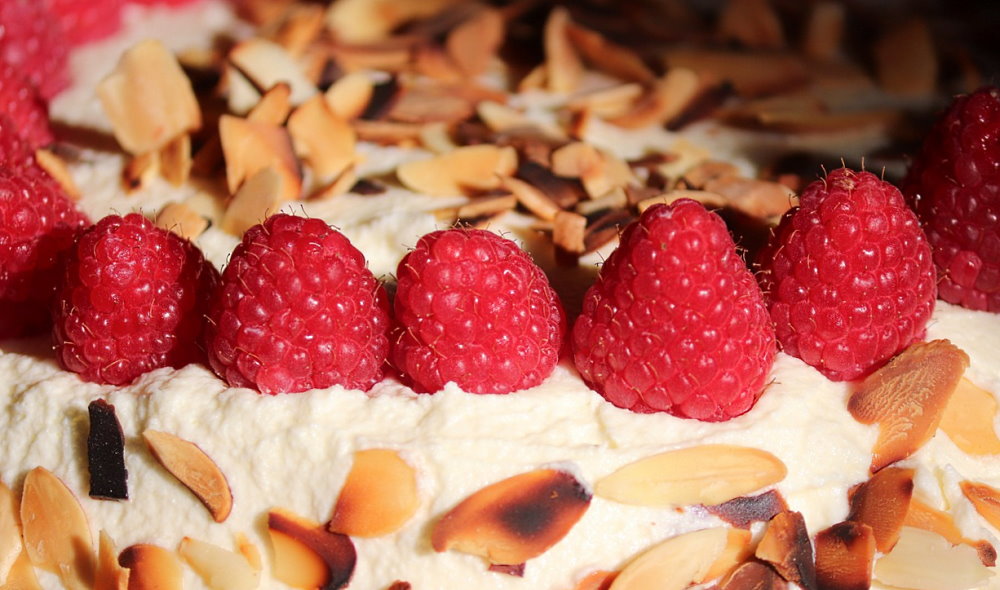 National Raspberry Cake Day is celebrated every year on July 31st. The holiday is filled with the aroma of fresh pastries and the taste of fresh raspberries. The dessert is amazing and completely different from other pastries. Join the multi-million army of fans of this cake and enjoy the impeccable taste.

Raspberries are a fairly common berry, presented on the shelves of all grocery stores in the summer. Moreover, modern technologies have made it possible to grow it all year round, so you can cook a cake not only on July 31, but on any other day. Raspberries were eaten already in the Paleolithic period, and the cultivation of bushes began in the 4th century BC. It was used fresh, added to teas, medicinal decoctions. It is believed that raspberries spread in Europe thanks to the Romans.

In Medieval Europe, raspberries were also used as a pigment for manuscripts and paintings, but they were expensive and only the rich could afford them. By the 17th century, bushes appeared in all gardens in Britain and then spread throughout Europe. The cultivated version of the raspberry appeared in America around the 19th century, by which time it was grown in almost all states.

Prepare a raspberry cake according to your personal recipe, add your favorite ingredients to it. Berries go well with chocolate, cottage cheese and lemon. Treat the whole family and friends to dessert, or you can also organize a raspberry party. And you can also cook original dishes from raspberries, for example, salmon in raspberry glaze. Many farms hold National Raspberry Cake Day events, so visit them with the whole family.

When is National Raspberry Cake Day celebrated in 2022?

National Raspberry Cake Day is observed on July 31 each year.