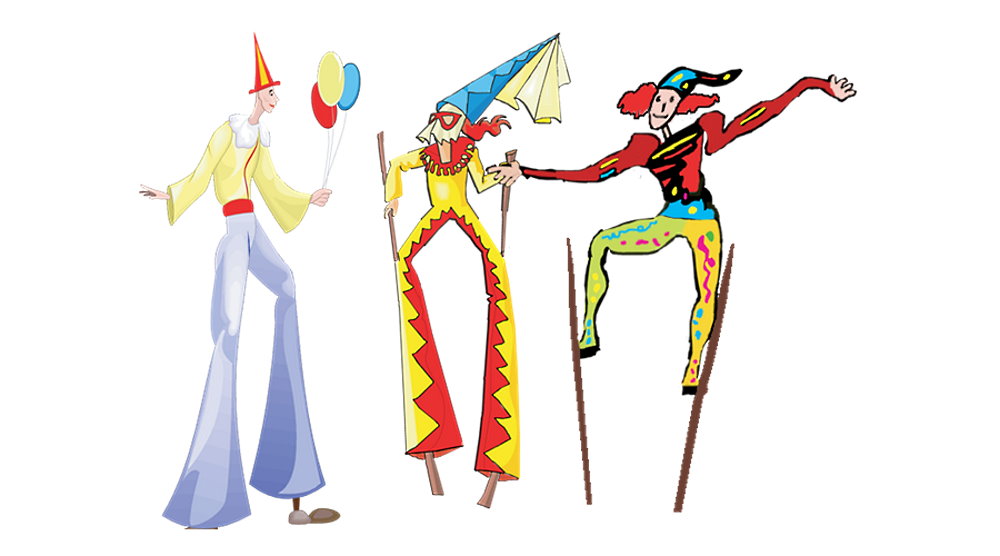 Walk on Stilts Day is dedicated to movement often seen at the circus or festivals and fairs. Did you know people learned to use stilts in ancient Greece in the 6th century BC? A person stood on special poles, which were fastened with a system of belts.

The history of stilts is centuries old and many types have appeared – manual, spring, peg, articulated, and finger-shaped. Until the 15th century, the people of Belgium used stilts to perform work in muddy areas, as well as in jousting tournaments.

At the beginning of the 15th century, the Count of Namur issued a decree forbidding the use of stilts at any event and for any work. Another country where the history of stilts is common is France. Here they were used by shepherds when they had to move through damp, swampy terrain.

In the 19th century, when the swamps dried up, the need for stilts disappeared, but they continued being used in agricultural marathons as a recreational element. Today it is exclusively used in theatrical performances, common in Spain, Belgium, and the Netherlands.

The first thing that comes to mind is walking on stilts or attending a theatrical performance where actors move on high poles. If you want to learn how to use stilts, start with small ones available at any sporting goods store. Gather a group of friends and have a fun and relaxed time in the park. Watch some tutorials in advance or check out the London Marathon, which takes place every year in the British capital.

When is Walk on Stilts Day celebrated in 2022?

Walk on Stilts Day is observed on July 27 each year.