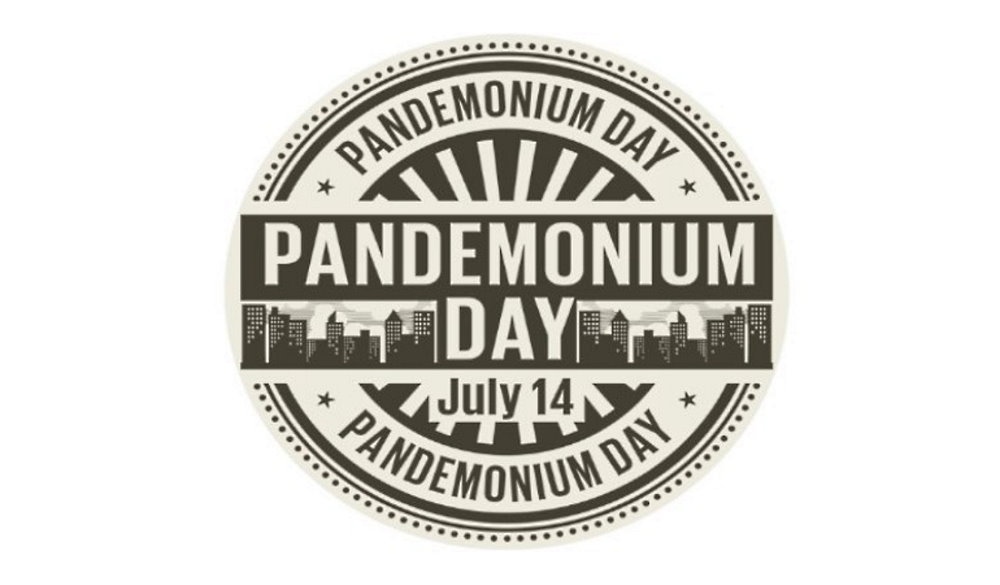 If you are tired of absolute order, it’s time to join the celebration of Pandemonium Day on July 14th. It is generally accepted that unpredictable events and chaos drastically change our lives for the worse, but one day a year you can relax and allow complete bedlam.

The word pandemonium was first used in the 17th century in the poem Paradise Lost by John Milton. The word consists of two parts – ‘all’ and ‘demons’. Of course, in the modern world, this frightening meaning is no longer used; instead, it is simply something unpredictable and chaotic. If you have the feeling that life is scheduled by the second, boring, and too predictable, it is time to throw the established rule book out the window. On Pandemonium Day, you can do the craziest things: cancel meetings, do something unusual, but do not break the law. The main thing is that, on this day, you do not violate anyone’s borders or harm anyone. The essence of the holiday is to emphasize your own uniqueness.

The word ‘pandemonium’ was often used by world stars. For example, in the song ‘Airplanes’ by Hayley Williams or in the title of the Pet Shop Boys album, which was released in 2010. In 1982, a parody horror film called Pandemonium was released. This was the name of the roller coaster in the film, and it still runs at the famous Six Flags amusement park.

When is Pandemonium Day celebrated in 2022?

Pandemonium Day is observed on July 14 each year.