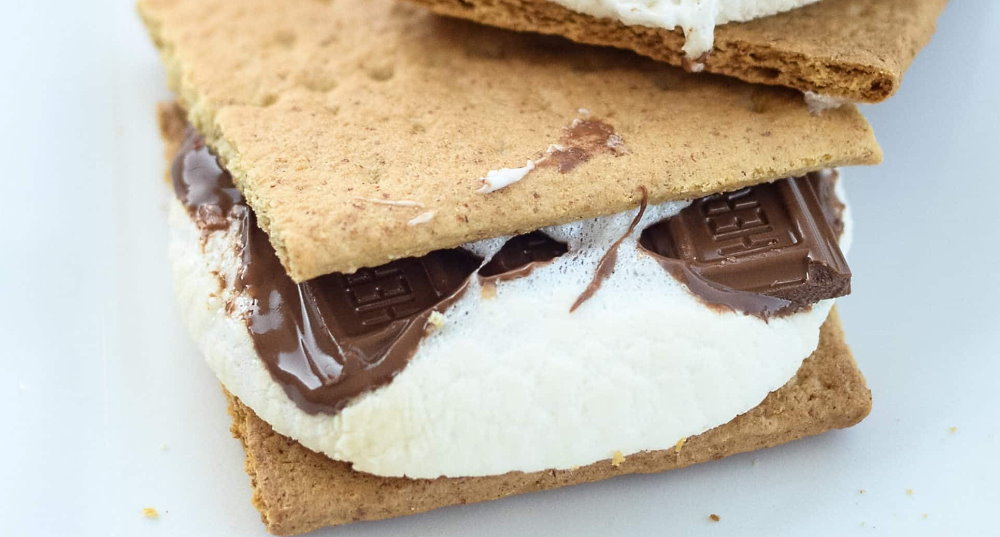 National S’mores Day was created especially for those with a sweet tooth and hikers. If you have ever enjoyed relaxing by the fire, you probably ate this wonderful, tender, viscous delicacy. Take advantage of the holiday dedicated to him to savor it once again.

It is not known who and when invented the holiday, but the history of the sweet itself is well known. The dessert was invented by Scouts; it appeared in cookbooks as early as the 1920s. Despite the simplicity of preparation, there are different versions of recipes – everyone cooks it in their own way. Especially often the preferred degree of frying marshmallows varies.

Traditionally, the pieces are roasted over a campfire, but a microwave or oven can be used if desired.

Enjoy dessert by preparing it by the fire. Take crackers, chocolate, marshmallows – and make your favorite treat. Share a meal with friends: this dish is designed to be eaten in the company, listening to fascinating stories and songs along with the guitar. Be sure to take a couple of photos to keep the memories of this day.

If the usual option is already boring for you, try adding variety to the recipe. Berries, nuts, caramel, sweet sauce are just a few of the ingredients you can add to your meal. Friends will surely be delighted.

When is National S’mores Day celebrated in 2022?

National S’mores Day is observed on August 10 each year.