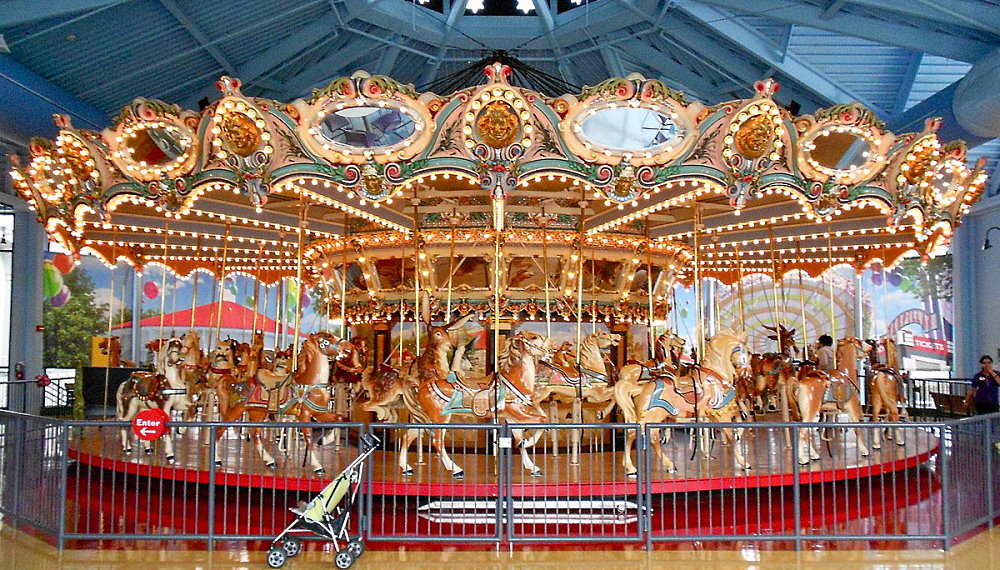 National Carousel Day is celebrated every year on July 25th. The holiday was founded by the National Carousel Association. This date wanted to mark in history a significant event that happened in 1871 – the registration of the first patent for a carousel design. Patented by William Schneider. However, this attraction appeared much earlier – there are historical facts that for the first time entertainment similar to a carousel existed in the Byzantine Empire, and this is approximately 500 AD.

The attraction of the period of the Byzantine Empire looked quite interesting – baskets were hung from special poles, where people sat down. There are several versions about the origin of the word “carousel”. According to one of them, it is associated with the Italian word “garosello”, on the other – with the Spanish word “carosello”. Both versions in translation mean – a small battle. The first attraction in the form familiar to us – wooden horses moving in a circle – appeared in the 17th century.

It is believed that Gustav Dentzel, an emigrant from Germany, was the first to come up with the idea of ​​​​using animals on a carousel. But he did not receive a patent for his invention. The carousel was patented by William Schneider, who lives in Davenport, Ohio.

Dedicate this day to the family and go together to an amusement park or visit a local fair. Have fun and entertain, pay attention to all the rides. Be sure to ride the carousel and share your adventures on the social network.

When is National Carousel Day Celebrated in 2022?

National Carousel Day is associated with the anticipation of happiness and joy. It is observed on July the 25th each year.