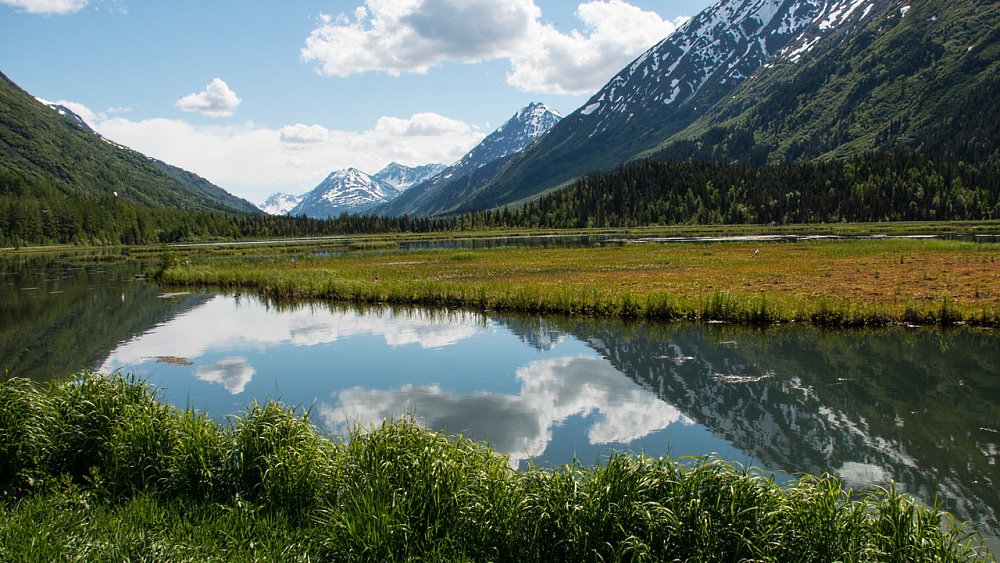 We admire the nature of the harsh northern region with its rich history on National Alaska Day and remember how people lived on this land in different periods. It is not known for certain who came up with the idea of celebrating this event, but it is needed and important for national identity.

Alaska was originally inhabited by aborigines who hunted and led a lifestyle with a close connection to nature. Then these lands came under the rule of the Russians. This territory was transferred to the United States when Russia agreed to sell it. When gold deposits were discovered in the region, the country was seized with a thirst for rapid enrichment. Adventurers came to Alaska who decided to give up their old lives and start from scratch, in the hope of finding gold and becoming rich. In the XIX century, this northern land became an American state and a border region of the country.

Alaska is associated with snow, gold, Aleuts, and dog sledding.

The territory has a small population, with only 1 person per square mile.

On this national day, take a trip to that inimitable, unique state. Dress warmly, take your camera with you, and go on a unique trip you will remember for a lifetime. If you do not want to leave your warm apartment, turn to virtual space. You can find out how Alaska lives in real time by connecting to video cameras. Learn about the history of the region and the avalanche of fun and dog sledding competitions. Read Jack London, who in his outstanding stories describes Alaska in an incredibly exciting way.

When is National Alaska Day celebrated in 2022?

National Alaska Day is observed on June 28 each year.