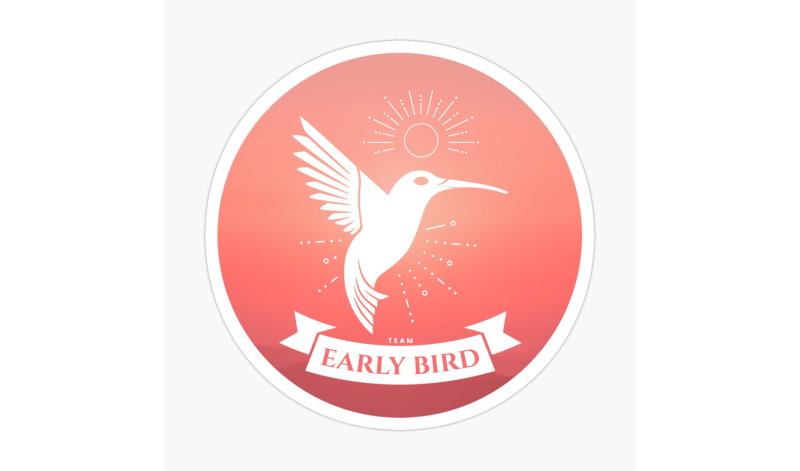 The Early Bird Day holiday, celebrated on July 1st, exists specifically to celebrate the merits of the so-called ‘early birds’. This is a special category of people who like to get up before everyone else in order to have more time to do things during the day and charge others with energy and positivity. In the linguistic tradition, the merit of early birds is marked by the idiom ‘The early bird gets the worm’, which means that the efforts of enthusiastic workers who get up early are always rewarded in full.

This national day is associated with anticipation of joy and happiness. The holiday is unofficial, the exact founding date and the creator’s name is unknown, but it is celebrated throughout the United States. Presumably, the existence of the holiday can be associated with the famous phrase about the early bird getting the worm, because one of the traditions of Early Bird Day is to watch how a bird eats a worm outside your window. This will be a particularly happy omen for fishermen, because then they will be able to find the best place for morning fishing.

You can celebrate Early Bird Day in the following ways:

It is believed that if all these traditions are observed during the holiday, luck will favor you in the future and all your undertakings will be successful.

When is Early Bird Day Celebrated in 2022?

Early Bird Day is associated with the anticipation of happiness and joy. It is observed on July the 1st each year.