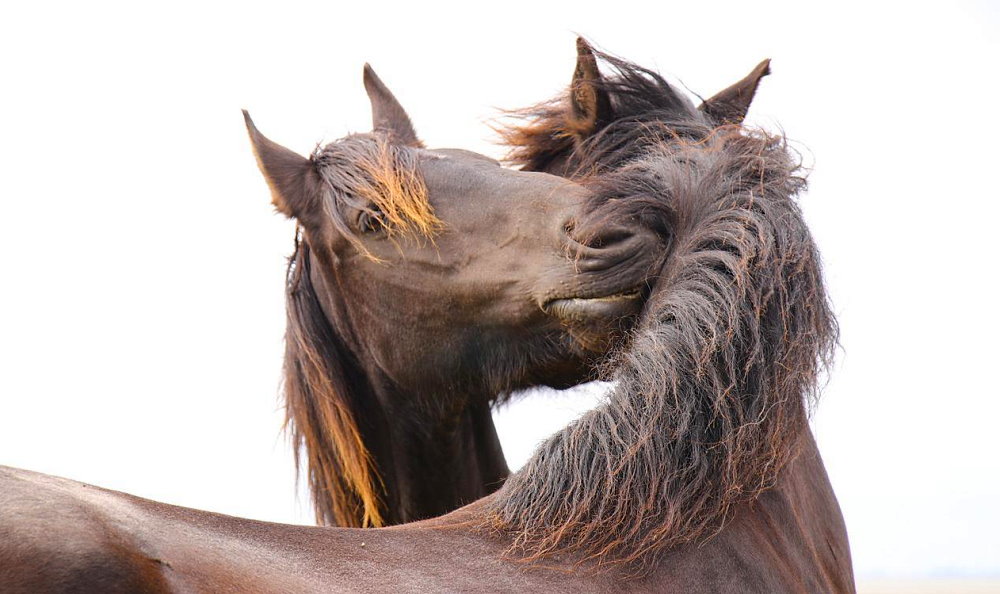 I Love Horses Day celebrates the special relationship between people and kind, sensitive horses every year on July 15th. Despite the fact that man tamed horses in 4000 BC, this holiday has been celebrated for only a few years. Ever since they were domesticated, horses have performed many chores on farms. Every person who rode a horse understands how amazing these animals are. I Love Horses Day is dedicated to the close connection between people and horses.

The holiday is dedicated to the horses that appeared on the planet about 50 million years ago. It is believed originated in North America, but as a result of migration, spread almost all over the world. Unfortunately, the earliest breeds of horses died out, but others appeared as a result of evolution. It is believed all domesticated and wild breeds are descended from Equus caballus. Horses are incredibly sociable; they communicate with not only their own but also other species.

Visit a farm where horses are bred; spend a day with them and feel a surge of strength and energy. Dedicate this day to learn more about these amazing animals. Share the holiday on social media, and be sure to use the hashtag #IloveHorsesDay.

When is I Love Horses Day Celebrated in 2022?

I Love Horses Day is associated with the anticipation of happiness and joy. It is observed on July the 15th each year.