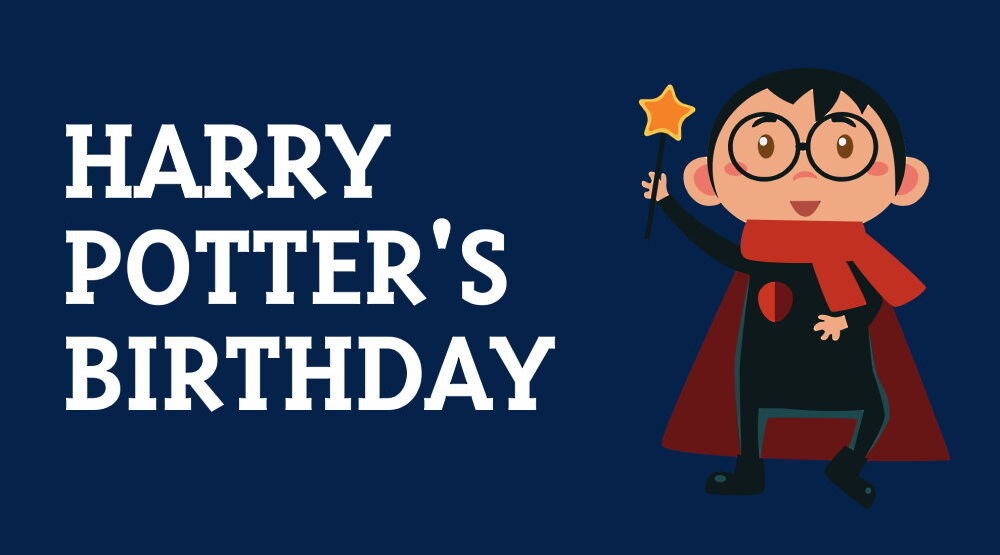 Harry Potter’s Birthday is no ordinary birthday; it’s about a completely fictional character. So, buy a magic wand and mantle and have a magical party. The author, JK Rowling, also has her birthday on July 31.

The story of Harry Potter is perhaps the most successful in modern fantasy literature. The books describe the life of a boy for 11 years, during which time amazing events happen to him – he ends up in a school of magic, found friends, fights a terrible evil wizard and, of course, finds his love. JK Rowling came up with the boy and the story about him while waiting for a train from Manchester to London in 1990. She worked on the manuscript for 5 years. Many of the episodes were written in Edinburgh cafes.

Visit Universal Parks and Resorts, where butterbeer is served, but the recipe for it is kept strictly secret; in fact, it cannot even be taken outside the park. If this is done, the beer will turn into porridge. But on the internet, you can find different recipes – from simple to magical. Decorate your home with the colors of your favorite Hogwarts house and choose clothes in the same colors. Show off your passion for all things Harry Potter.

When is Harry Potter’s Birthday celebrated in 2022?

Harry Potter’s Birthday is observed on July 31 each year.