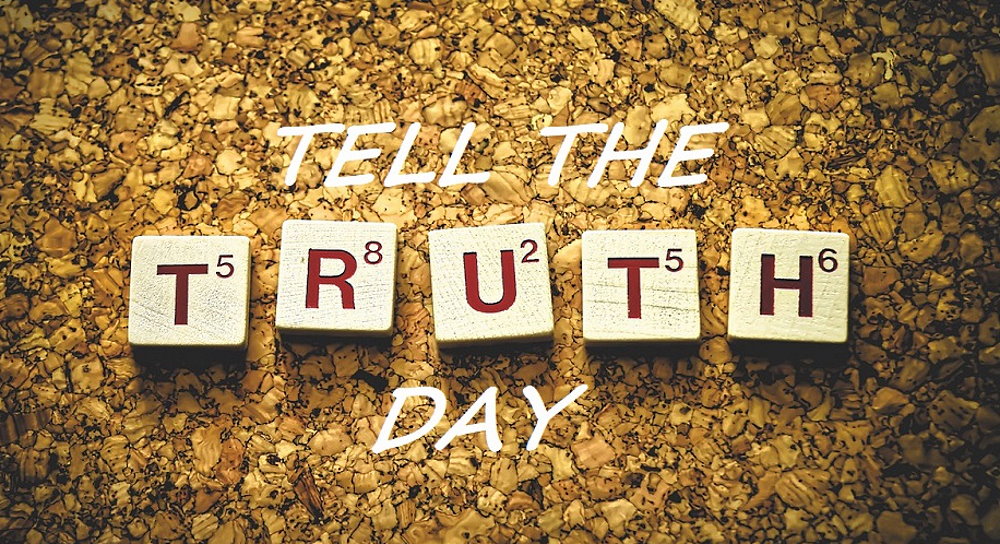 During the Tell the Truth Day holiday, you are encouraged to be honest with others. Lies negatively affect any human relationship, destroying it from the inside. On July 7, you can finally get rid of the oppressive burden of lies and free yourself with the truth.

In the book by M. Hirsch Goldberg, it is reported that an ordinary person lies about 200 times during the day, which includes ‘white lies’, avoidance of the truth with the help of omissions. The necessity of lying is a long-standing theme of philosophical reasoning. For example, the philosopher Plato believed that sometimes lying can be justified, while Aristotle condemned all forms of lying. The philosophers Kant and Schopenhauer considered this topic too complicated and did not touch it.

Even 6-year-old George Washington did not immediately admit that he had cut down his father’s cherry tree. However, in the case of Washington, the boy still told the truth, and instead of punishing his son, his father praised his honesty, saying that it was worth a thousand such trees. Indeed, this semi-fabulous example proves the value of the truth, which gives peace of mind to the person who voices it.

On Tell the Truth Day, it’s good to tell the truth to everyone around you for the whole day. You also need to pay attention to those moments when you want to lie or hide the truth. During this holiday, you need to explain to children and loved ones how important honesty is and why lies should be avoided.

When is Tell the Truth Day celebrated in 2022?

Tell the Truth Day is observed on July 7 each year.