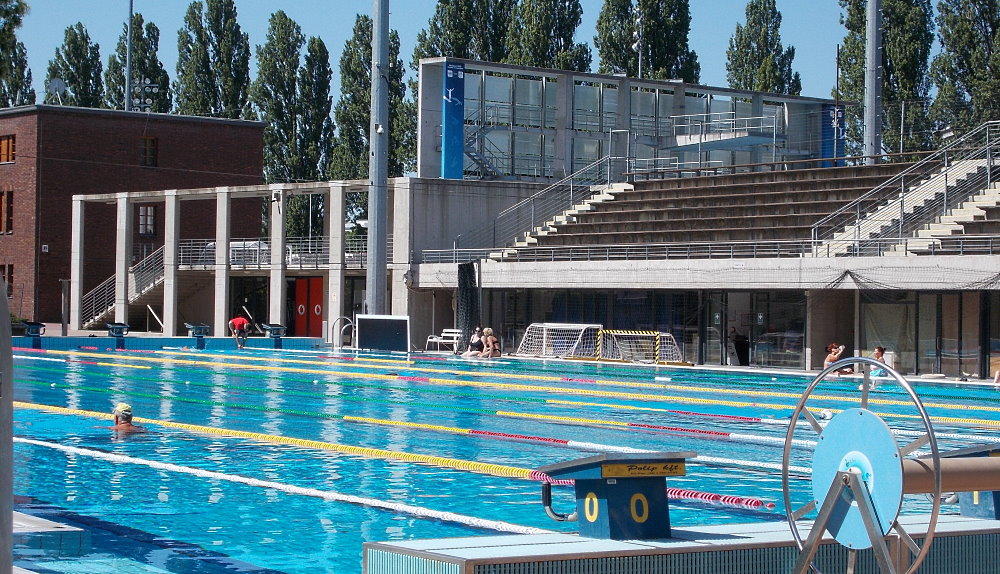 A great reason to buy a subscription to the pool or just go for a swim is National Swimming Pool Day, which is celebrated annually on July 11th. On this day, they talk not only about pools, but also about all water paraphernalia – accessories, bathing accessories. Swimming is not only exciting and fun, but also useful.

There is no reliable information about who and when invented such a holiday. But on the Internet there is enough information about who and when invented the first pool. Archaeologists have discovered a pool-like container in present-day Pakistan. According to scientists, the device was invented around 3000 BC. This is a 40×23 pound recess, lined with bricks, and a special resin-like composition gave it tightness. During the heyday of the Roman Empire, pools were used for water games, training of the military, training of athletes. Wealthy Romans and emperors had private pools. It is noteworthy that already in 100 BC. built the first heated swimming pool. Agree, such an invention is worthy of devoting a whole day to it in the holiday calendar – National Swimming Pool Day.

Swimming pool is a Latin word meaning a fish pond.

The most obvious thing is to take a dip in the pool that day. What could be more beautiful than jumping into cool water from a springboard in hot weather. Organize a pool party with your favorite drinks and treats. Of course, more exotic options for celebrating National Swimming Pool Day are also possible. For example, visit a spa, relax in hot springs, or find a luxury hotel where you can combine swimming in the pool and a photo shoot for your social network page. Families with children will be interested in visiting the nearest water park and have plenty of fun.

When is National Swimming Pool Day celebrated in 2022?

National Swimming Pool Day is observed on July 11 each year.