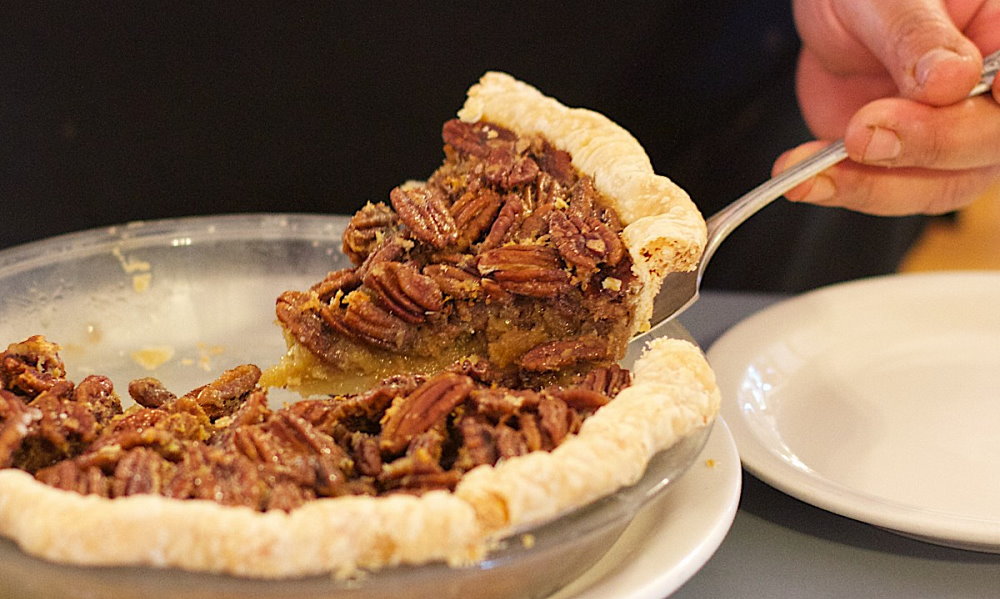 National Pecan Pie Day is a wonderful, delicious holiday celebrated annually on July 12th. The history of the famous nut pie in America has more than 125 years. The sweetness is also called pecan pie, since one of the main ingredients is a pecan nut. In addition to it, corn syrup, vanilla are also added, but each housewife has a signature ingredient, such as chocolate, cream or bourbon.

In the early 19th century, people in the southern United States began baking pies based on nuts and custard. The most popular recipe appeared in Mary Randolph’s Virginia Housewife, a cookbook published in 1824. And in the early 20th century, Karo Products helped promote and popularize the nut pie.

Enjoy the taste of walnut pie with a glass of milk or coffee. It’s very simple – treats can be bought at any pastry shop or cafe. Fortunately, the pie recipe is simple, so it will not be difficult to bake it yourself. Come up with your own recipe, add a secret ingredient and be sure to share the sweet with your friends.

When is National Pecan Pie Day celebrated in 2022?

National Pecan Pie Day is observed on July 12 each year.