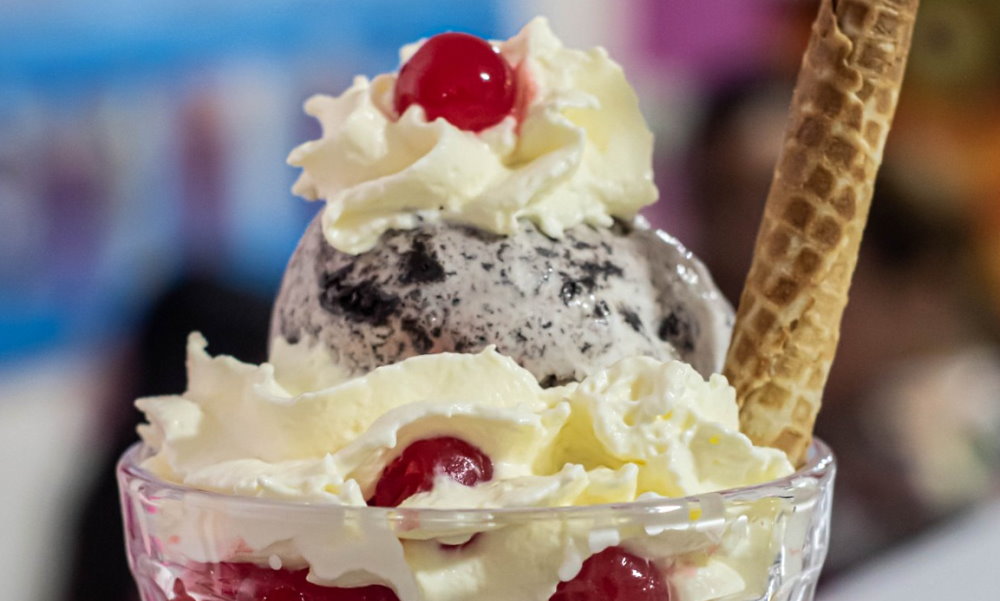 July 8 of each year is National Ice Cream Sundae Day. On this day, it is customary to celebrate ice cream with sauces or syrups, as well as with various additives, such as fruits, candied cherries, nuts, sprinkles, and whipped cream. On this national day, fans of chilled desserts should try the classic ice cream, consisting of vanilla ice cream with chocolate or strawberry syrup and maraschino cherries.

There are several stories regarding the origin of the ice cream’s name, which is celebrated on July 8 as National Ice Cream Sundae Day. According to one of them, in 1881 in the state of Wisconsin, ice cream with syrup was served in one of the pharmacies instead of chilled soda, after which the dish gained popularity in many local establishments. And due to the fact that one of the sellers of this ice cream decided to serve it only on Sundays, the current name appeared.

According to the second version, in the state of Illinois in the 1890s, moralists did not support drinking soda on Sundays. As a response to this, local confectioners decided to create a Sunday, when ice cream with syrups was served instead of soda. Another name for this dessert is the ‘Soda No Soda’.

A number of American cities have publicly declared they are the creators of this ice cream. Among them are Ann Arbor in Michigan, Ithaca in New York, Norfolk in Virginia, and Washington DC. Regardless of where the treat was created, it was very popular in the United States throughout the 20th century, when ice cream was served in tulip-shaped glasses. In the same period, a huge number of variations of this dessert appeared.

You can organize your own ice cream dessert party, because it is always more pleasant to enjoy desserts with friends. You can experiment with ice cream fudge: at home, make a sauce, for which you will need heavy cream, cocoa powder, vanilla, chocolate, brown sugar, and corn syrup. Also, your favorite dessert can be made ‘drunk’ if coffee liqueur is poured over coffee or mint ice cream.

When is National Ice Cream Sundae Day Celebrated in 2022?

National Ice Cream Sundae Day is associated with the anticipation of happiness and joy. It is observed on July the 8th each year.