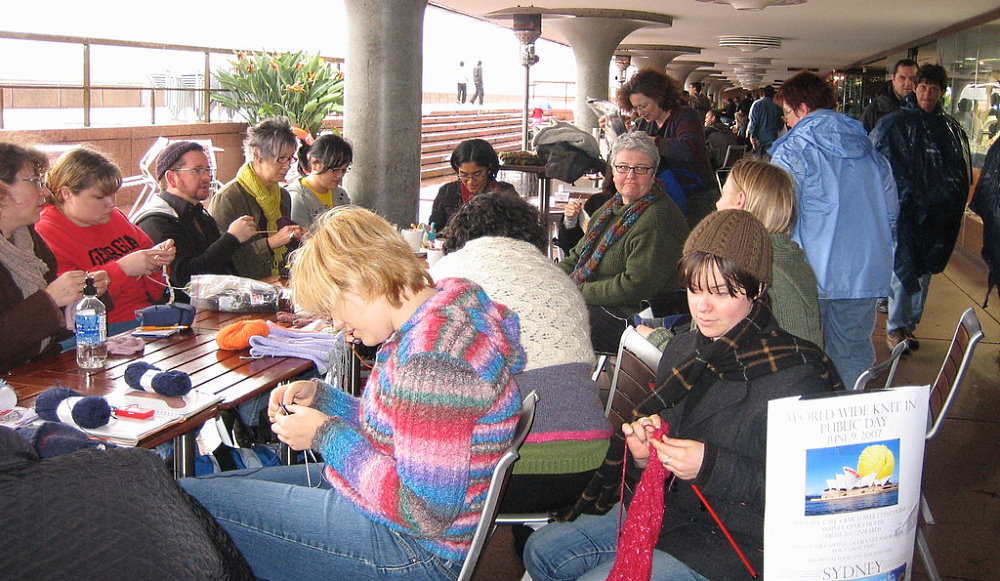 Today, events that are traditionally held on the day dedicated to knitting unite people from more than fifty countries. The mission of Knit in Public Day is to demonstrate to the public this home hobby can have global social significance, and people of different genders, ages, and social status can engage in it.

It is not surprising that the holiday appeared in France, which is a trendsetter. Danielle Lendes is now a world-famous Parisian, for whom knitting needles and threads have become an important part of life. It was thanks to her efforts that first in France, and then around the world, Knit in Public Day is celebrated. This was first started in a circle of like-minded people in 2005; since then, hobby lovers gather at the beginning of summer and knit different things in public places.

Admirers of needlework can be found in cafes, parks, and on the embankments. With great enthusiasm, the idea was supported in countries with a cold climate. On the eve of the holiday, social networks literally explode with messages where they discuss meeting places.

Join knitting in a public place, but if you don’t find like-minded people, we offer several other options:

This day can be spent in an original way. Just use your imagination.

When is Worldwide Knit in Public Day celebrated in 2022?

Worldwide Knit in Public Day is observed on the second Saturday in June each year.