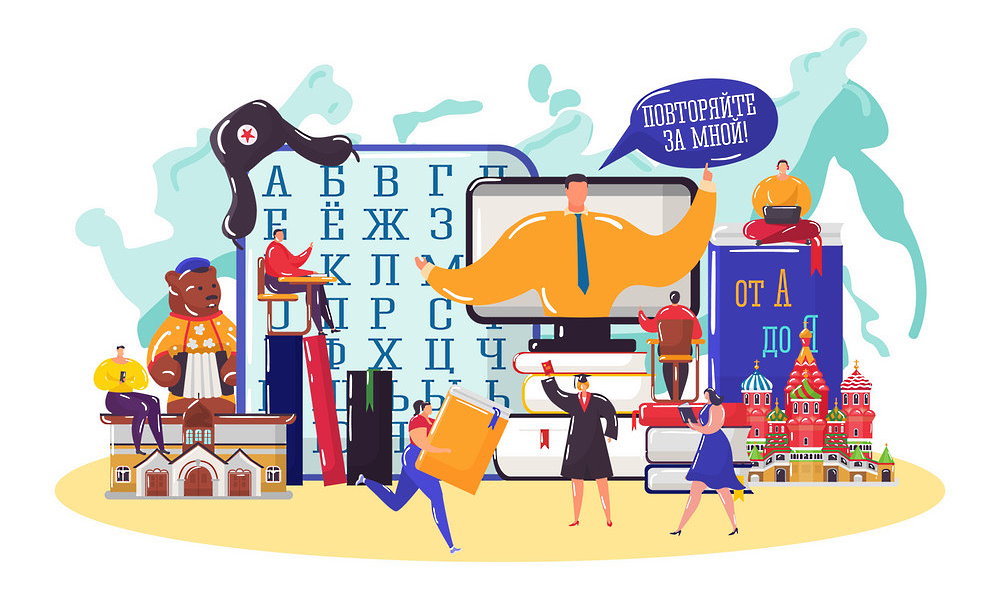 Persons who are not indifferent to art and literature cannot resist appreciating Russian contributions, celebrating them on June 6 on Russian Language Day. This meaningful large-scale cultural event reflects in various fields of art: literature, painting, and cinema.

The date for this wonderful, beautiful holiday was chosen to coincide with the birthday of the great Russian poet Alexander Pushkin. He formed the literary language, exposing its powerful beauty and expressiveness in verse and prose. Pushkin’s creative heritage is highly valued in the world of literature; he is considered the model of Russian literature. Foreign translators face an inability to convey the shades of meaning of his poetic lines in an identically colorful way, due to lack of similarly expressive words in languages of the western Germanic group. UNESCO has decided to hold festive events since 2010.

Russian is part of the Slavic group, divided into western, eastern, and southern subgroups.

Russian is in continuous development. Its vocabulary and the palette of meanings are increasing.

Arrange an evening in the Russian national style. Russian cuisine is diverse and incredibly delicious. Forget about vodka – that is an outdated stereotype. In Russia, they love fruit drinks, compotes and natural juices from berries growing in the various regions of the country. These drinks are rich in vitamins and have a refreshing taste.

Plunge into the fascinating world of Russian literature. Pushkin, Dostoevsky, Tolstoy, Bunin, Turgenev — the Russian classics are immortal, inspiring, and open a window in the Russian soul, the people’s depth of compassion, their striving for justice, and helping others and their loved ones.

Watch film adaptation of a classic work. Russian comedies from the Soviet era became the model for national cinema at the end of the last century. Russian military dramas about tragic, heroic events of the Great Patriotic War deserve special attention. It is a storm of emotions and impressive visuals, memorializing the events and the feats of ordinary Russians.

Russians are a hospitable and sympathetic people, for whom it is important not to leave comrades who are in trouble. The Russian language is a tool that unites the nation, and helps create immortal, incomparable works of art.

When is Russian Language Day celebrated in 2022?

Russian Language Day is observed on June 6 each year.