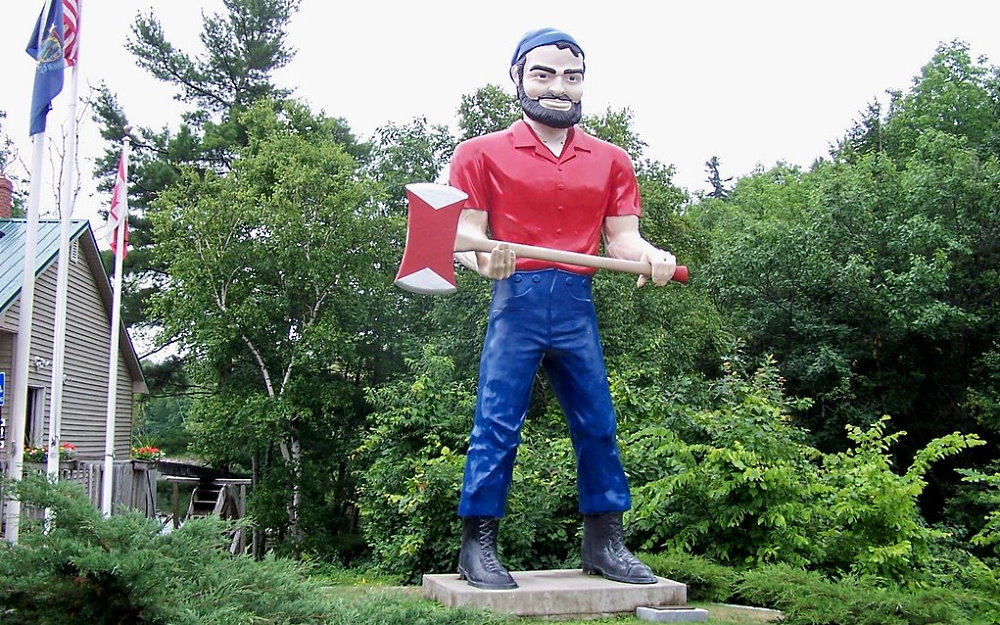 On June 28, a popular folklore character is honored; this is Paul Bunyan Day and time to reread forgotten ancient legends. Do you remember these stories? Refresh your memory or read a short story to your child to introduce him to the character.

The origin of the legend has not been established. This story was passed down orally between generations; no written sources have been established. The hero was a big woodcutter who worked in the endless forests of the north of the USA and Canada. The stories were first recorded by James McGillivray.

The name of the woodcutter comes from a French exclamation expressing surprise (in Canadian cities, this language is common).

The real prototypes may be Joe Fournier, who settled in Michigan after the fighting of the Civil War, or Bon Jean, a soldier who took part in the battles between the Canadians and the French.

On a holiday, take a trip to the monuments of the character. They are installed in California and Minnesota. Read an old children’s book, or buy a new, colorful illustrated edition. Arrange a costume party, invite guests, and recreate epic scenes.

When is Paul Bunyan Day celebrated in 2022?

Paul Bunyan Day is observed on June 28 each year.