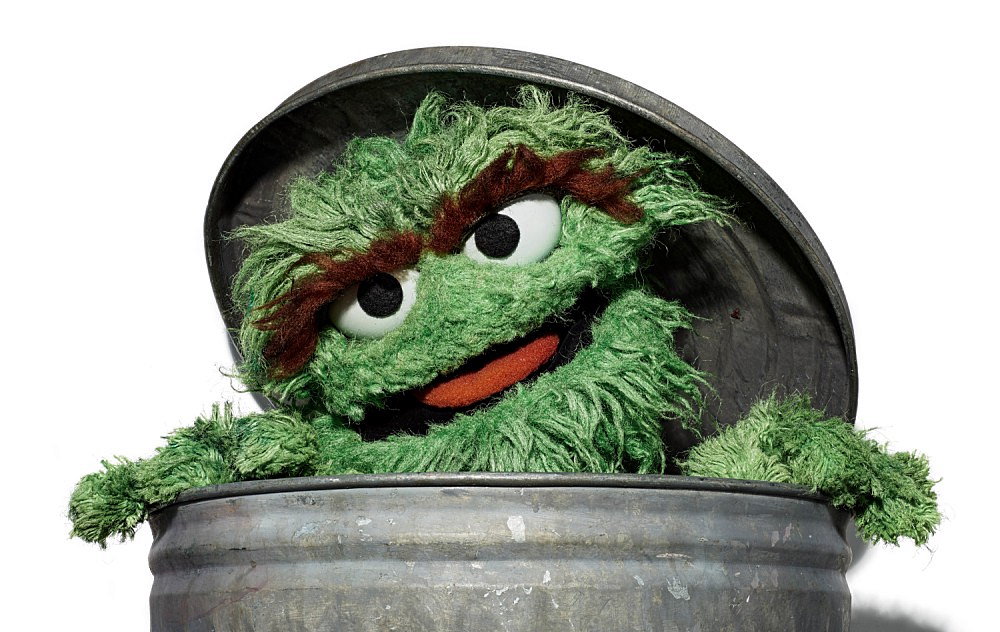 Oscar the Grouch Day is the birthday of this disgruntled character. In the famous TV show, he never liked birthdays, and believed that the best thing about a birthday is that it will end, and not come again for 364 days.

In 1969, the children’s television show, Sesame Street, appeared. One character was grouchy, dissatisfied with everything, and lived in a garbage can. The grumbler’s name was Oscar. This puppet was specially made for the children’s TV show by Muppets Inc. The TV show had 51 seasons and became one of the most popular on American television. In its original form, the Oscar puppet wasn’t green, but purple. However, the technological possibilities were limited, and producers had to choose from the palette, available for digital transmission.

The image of Oscar was invented by one of the screenwriters of Sesame Street – Jim Henson. The inspiration for this grumpy little monster was an impolite waiter who worked at Oscar’s Sea Salt Restaurant. Hearing the manner of conversation, seeing the disgruntled face and not-too-gentle nature of the waiter, Jim Henson came up with the idea to create a similar fictional character, which the public loved as a result, and even created Oscar the Grouch Day.

What interesting things do we know about this funny character?

What can you do on Oscar the Grouch Day? Check out several episodes of the cult TV show. If you notice a little grumbler in yourself, allow it to be that way. Grumble, show dissatisfaction, and then pull yourself together. This will help you feel better.

When is Oscar The Grouch Day celebrated in 2022?

Oscar The Grouch Day is observed on June 1 each year.