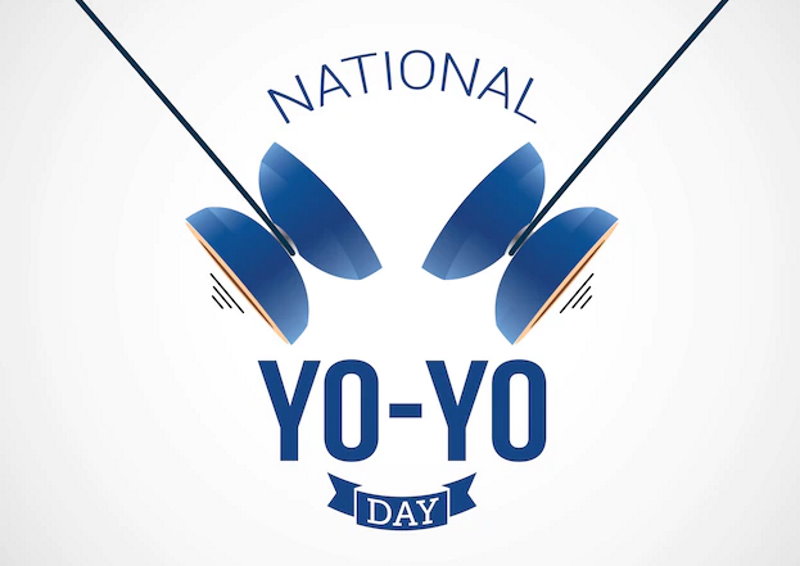 National Yo-Yo Day was established on the birthday of Donald F. Duncan, Sr., who was an American entrepreneur and inventor who founded the Duncan Toys Company. Duncan was not the inventor of the yo-yo, but he is often miscredited with inventing the Yo-Yo, greatly due to his marketing efforts and to the fact that Yo-Yo was a trademark of his company from 1930 until 1965. Remember the accomplishments of Donald F. Duncan, Sr. on National Yo-Yo Day!

Celebrate this weird holiday, and go buy a yo-yo. Teach yourself some new tricks for beginners on National Yo-Yo Day, such as «Walk the Dog», «Flying Saucer/UFO», and «Forward Pass». If you are already experienced with using yo-yos, try to teach yourself a more challenging trick, such as «Orbit the Leg», «Brain Twister Mount», or «Offstring Barrel Roll». Hold a competition with your friends and see who can claim the title of «National Yo-Yo Day Champion!».

National Yo-yo Day is observed on June 6 each year.