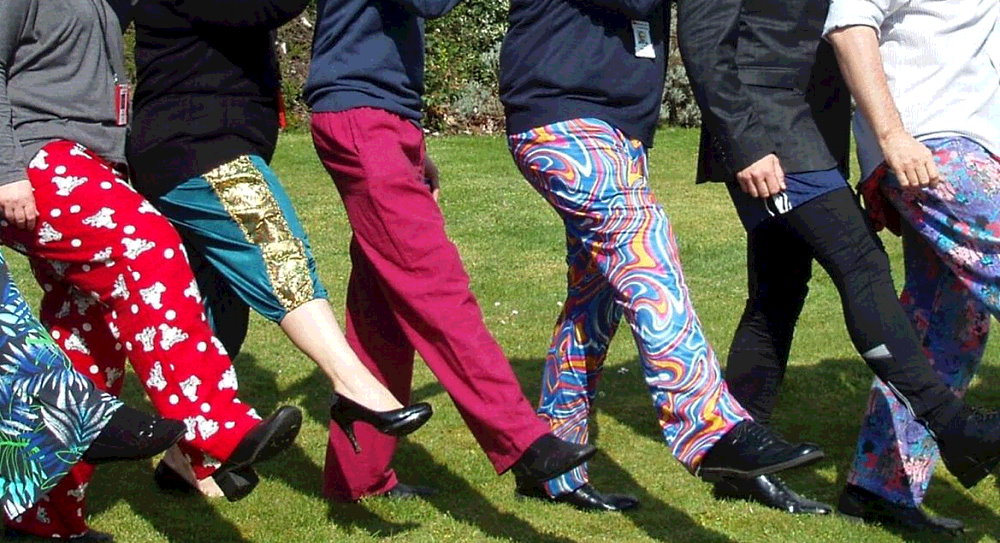 The idea of ​​National Wrong Trousers Day is pretty simple – find your weirdest, wackiest, and wrong pants, put them on and look wrong. On July 1st, it doesn’t matter if you’re wearing sequin pants, pajama bottoms, or a weird pattern—the weirder the better. This holiday originates from the UK, where the wrong pants are used to draw public attention to raise donations for children’s hospitals and hospices.

The holiday was first held in 1997 to support sick children by collecting donations for the Bristol Children’s Hospital. It was organized by The Grand Appeal Charitable Foundation and Aardman Animations, which created the series Wallace and Gromit. Before that, in 1993, an animated film called “The Wrong Pants” had just appeared, according to the plot of which the penguin villain used robotic pants to steal diamonds. The Foundation, inspired by the film, suggested naming the holiday as Wrong Trousers Day.

Although initially fundraising for a single hospital, the movement has expanded to support hospitals and hospices across the UK. It acquired the status of a national holiday in 2003, and by that time, thanks to it, it had managed to collect about a million pounds in donations.

The following facts are associated with National Wrong Trousers Day:

You can celebrate National Wrong Trousers Day by wearing unusual trousers to work or school. A custom outfit is a great opportunity to take a bright photo for social networks using the #WrongTrousersDay hashtag. Also, together with friends or family, you can organize a viewing of the animated film “The Wrong Pants”, which became a source of inspiration for creating a holiday. And, of course, on this day it is advisable to make a donation to the local hospice or children’s hospital.

When is National Wrong Trousers Day celebrated in 2022?

National Wrong Trousers Day is observed on July 1 each year.