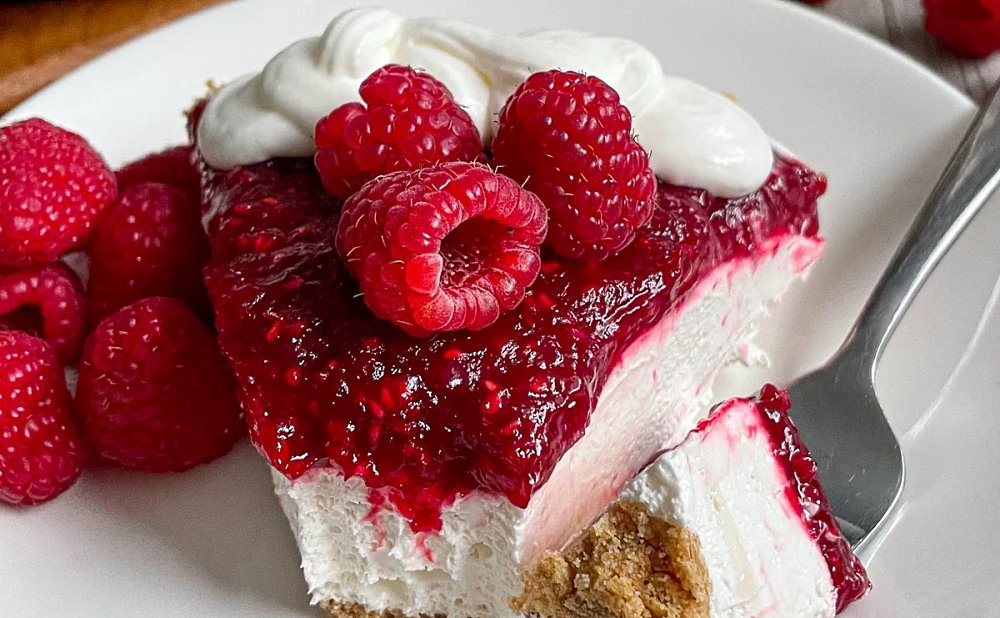 National Raspberry Cream Pie Day is dedicated to a creamy treat with seasonal berries. There is no deep meaning to this holiday. It is just that many people believe that one of the most beloved American desserts deserves a special day.

While we take berry pastries for granted, this has not always been the case. For a long time, pies were made only with meat filling, and fruit pies appeared only at the Elizabethan court. The first berry used as a filling was cherry.

Raspberry cream pie appeared only in the 1880s, but quickly gained immense popularity.

Make your own favorite American dish. You can use the traditional recipe or a variation of it, like adding apples or chocolate. The recipe can be found on the Internet or rely on your imagination. Invite friends, family members to a feast or enjoy a delicacy alone. You do not ah veto make it yourself – you can buy it or order it.

You can organize a competition: let several participants bake their own version, and the jury will judge which is tastier. Set up a dessert eating contest with interesting prizes to keep your friends interested in competing for them.

When is National Raspberry Cream Pie Day celebrated in 2022?