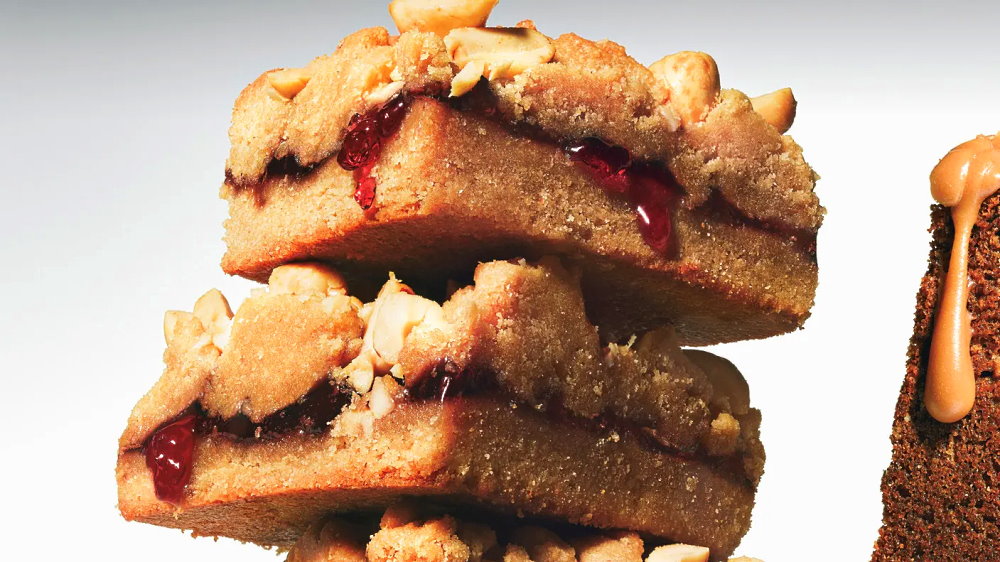 Parents often prepare sandwiches for their children, consisting of two slices of bread, peanut butter and jam or jelly. There is even a special well-known abbreviation for this sandwich – PB&J (peanut butter & jelly). PB&J is considered a hearty dessert sandwich made by busy parents or independent children. None of the ingredients need to be thawed or cooked separately, which greatly simplifies making it.

Peanut butter was invented in America in the 1890s. The first time a sandwich recipe with these two ingredients was published in 1901 in a Boston culinary magazine.

Then peanut butter was produced in a more convenient form for spreading on bread, and the fantastic popularity of this product increased even more. During the years of the Great Depression, American families found out that it was a hearty and inexpensive meal.

It is a good source of vitamin B, rich in protein, and has no cholesterol. Nowadays, almost half of the peanut crop is used to make peanut butter.

Therefore, it is no surprise that November is America’s Peanut Butter Month and jelly and peanut butter were on the rations menu for soldiers during World War II.

The most important thing to remember is this is really a national food. One can use any jam, but it tastes better if it is a little sour. Probably a good idea would be to arrange a party in honor of this famous sandwich, where all the participants come with their own peanut butter and jam dishes. Traditionally, people take plain white bread for this sandwich during the early morning rush, but why not experiment? Everyone can choose any bread and then others decide which sandwich is the best.

When is National Peanut Butter and Jelly Day celebrated in 2022?

National Peanut Butter and Jelly Day is observed on April 2 each year.