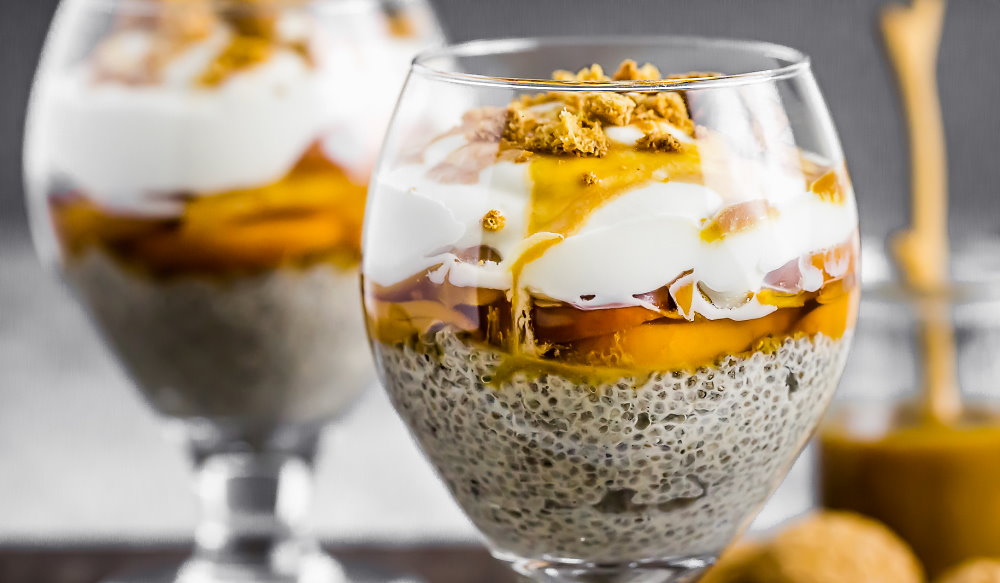 National Peaches and Cream Day celebrates a sweet and refreshing dessert. It is especially loved by residents of the southern United States. But the wonderful taste and beneficial properties of peaches (they are low-calorie fruit, and contain vitamins C, B3, B5, E, strengthen immunity, and promote weight loss) have made the mix of peaches and cream popular all over the world.

This dessert would not exist without peaches. They appeared in America in the 16th century – there is a version that they were brought over by Spanish monks. It is known that peaches grew on the estate of Thomas Jefferson in Monticello, Virginia.

But the prototype of the famous dessert was created by the French chef Auguste Escoffier, who worked at the Savoy Hotel in London. In 1897, the Australian soprano Nellie Melba toured London. The opera diva protected her vocal cords and therefore was afraid to eat ice cream, and the French culinary specialist came up with the Peach Melba dessert especially for her: it was halves of peaches with a small amount of vanilla ice cream and sweetened raspberry puree.

This popular dessert appears in the song titles of many famous musicians. For example, Snoop Dogg released a single in 2015 called Peaches N Cream, the first with Pharrell Williams and Charlie Wilson. Also, this single is the very first in the 13th album of the famous rapper, Bush.

National Day of this magical dessert is bound to be delicious:

When is National Peaches and Cream Day celebrated in 2022?

National Peaches and Cream Day is observed on June 21 each year.