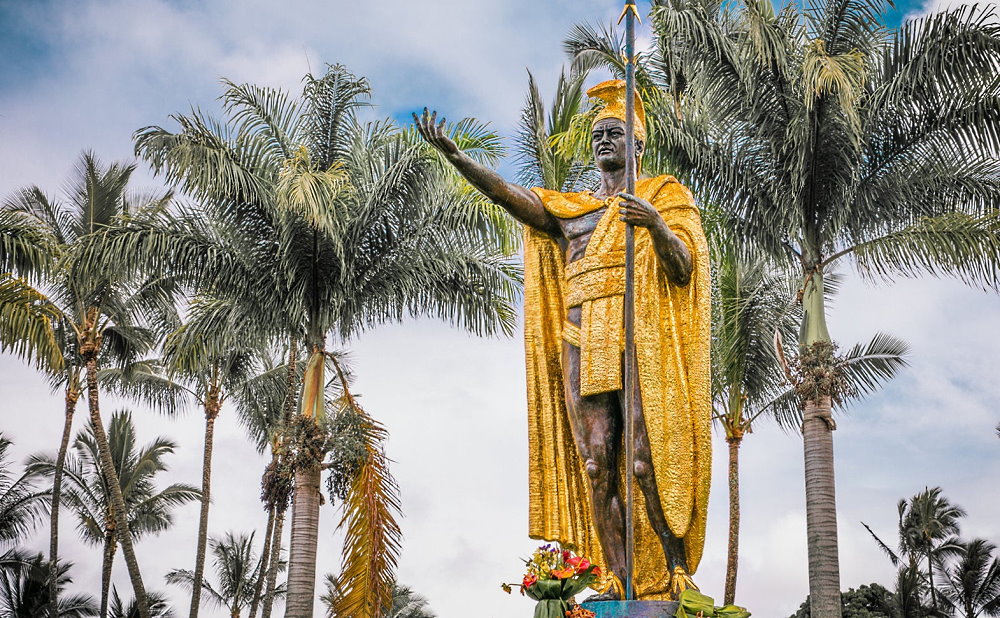 June 11 is awash in flowers and bright colors; this is National King Kamehameha Day, honoring the King of Hawaii. This monarch united the islands under his control, and played a prominent role in the formation of policy in which human rights are strictly respected.

King Kamehameha reigned between 1782 and 1819. The King founded the Kingdom of Hawaii in 1810. His achievements have gone down in history, and include the creation of a new taxation system, the establishment of partnerships with representatives of the colonial empires, and the preservation of political independence of the Hawaiian Islands. The holiday was proclaimed in 1871 by the ruler Kamehameha V.

King Kamehameha is called the Napoleon of the Pacific.

Garlands serving as decoration for the procession are hand-sewn by volunteers. The workers treat them very carefully.

Attend the Honolulu Flower Parade, a grandiose event, striking with its sparkling kindness and tranquility. The central figure is represented in the form of a statue of the King, decorated with garlands of fresh flowers. There are dancers in ethnic costumes, songs, and smiles. Fairs, carnivals, horse races, and sports competitions are also held. This is an authentic demonstration of Hawaiian culture.

When is National King Kamehameha Day celebrated in 2022?

National King Kamehameha Day is observed on June 11 each year.

Stay Out of the Sun Day