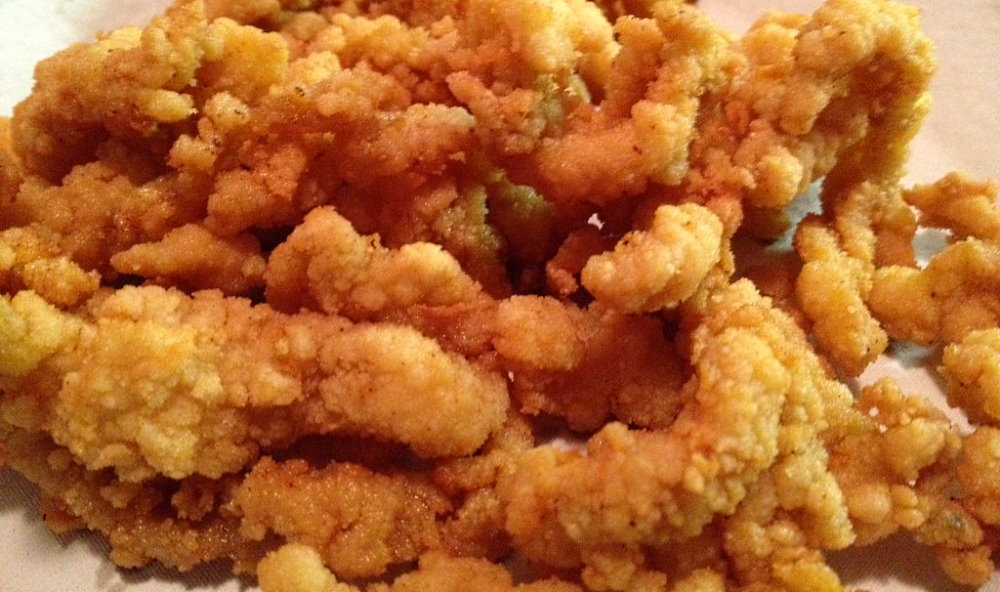 Every year, National Fried Clam Day takes place on July 3rd. In New England, this is a cult dish with a 100-year history. It is served both in small cafes and in good restaurants, but the recipe is about the same everywhere. Raw clams are soaked in milk, then breaded in flour, and then fried in oil.

In Essex, Massachusetts, in 1914, Lawrence Henry and his wife, Bessie, opened a small kiosk that sold produce on weekends, including homemade potato chips and fresh shellfish that Lawrence caught himself. The business was not very successful until July 3, 1916, when Lawrence complained to the fisherman Tarr, a visitor to his stall, that his business was slower than two snails crawling uphill. Then Tarr drew attention to a bucket of clams and jokingly offered to fry them.

At that time, no one had heard of fried clams, and two visitors to the stall, who also heard the conversation, thought Tarr’s idea was ridiculous, because clams have shells. Lawrence and his wife still fried a few shelled clams and on July 4, immediately after the parade, they began to sell them. The customers liked it very much. Even restaurant chain owner Howard Johnson visited from Essex to try this dish. More than 100 years later, Henry continues to fry clams at Woodman’s.

Celebrate this national day with your family at home or in a restaurant serving fried shellfish. Now there are many variations of the recipe for this dish, but it is usually recommended with French fries, tartar sauce, and sliced bread. As you travel through New England, passing northeast Massachusetts, be sure to check out Woodman’s Restaurant, which now also sells fried shrimp and fish, clam chowder and clam pies, and more.

When is National Fried Clam Day celebrated in 2022?

National Fried Clam Day is observed on July 3 each year.