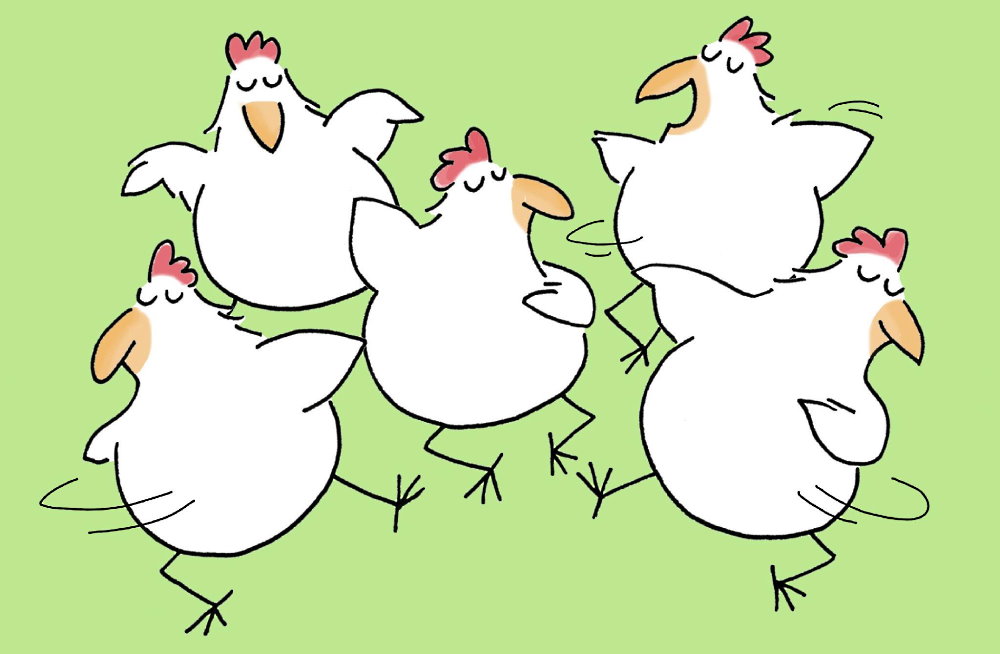 On May 14, it is time to have fun on National Dance like a Chicken Day.

A famous song appeared in Switzerland in the middle of the last century. The author, Werner Thomas, based it on a well-known folk motif. In the USA, the composition became popular in the 70s. The copyright was bought by Mr. Mills, who added lyrics about ducks. A German dance group performed it in this form. Participants at the Oklahoma folk festival of 1981 could not find suitable costumes and appeared as chickens, not ducks. Mills granted rights to use the composition as accompaniment in commercials and earned thousands of dollars. It is a classic retro song, and a holiday was created to remember this hit.

Initially, it was about dancing ducklings.

Repeat these movements: bend your knees and elbows, press your elbows to your body like wings, shake your hips to the music, then straighten up and clap your hands 4 times. Repeat the same several times. Dance and teach your children this wonderful dance. It is uplifting and makes people laugh and smile!

When is National Dance Like a Chicken Day celebrated in 2022?

National Dance Like a Chicken Day is observed on May 14 each year.