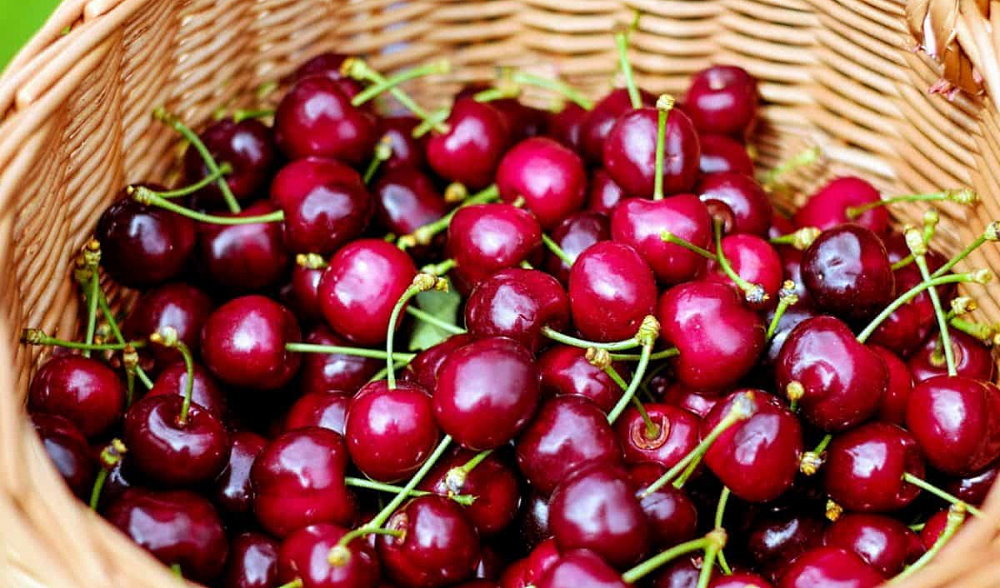 The sweet, fragrant cherry has long been a symbol of summer, sunny, and good weather. Not surprisingly, this berry is celebrated on National Cherry Day, celebrated on July 16th. Cherries can be sour, sweet, tart, red, or yellow; various desserts, sauces, and drinks are made from it. In America, about 650 million pounds of berries are harvested annually.

Cherries were used in cooking in the Roman Empire, and the Chinese dynasties loved to eat these red berries. The first settlers brought cherries to America on ships in the 17th century, and the cultivation of trees on an industrial scale began in the middle of the 19th century. The first cherry orchard appeared on the Old Mission Peninsula (Michigan) thanks to the efforts of Peter Dougherty. Since the climate was ideal for growing cherries, the harvest was plentiful and tasty. A little later, a berry processing plant was opened.

There are many cherry farms in America that are interesting to visit with the whole family and enjoy outdoor recreation. On many farms, guests are allowed to pick their own cherries and are then treated to delicious desserts and cherry drinks. Make a cherry treat with your own hands, and if you are brave enough, take part in a pit-spitting contest.

When is National Cherry Day celebrated in 2022?

National Cherry Day is observed on July 16 each year.