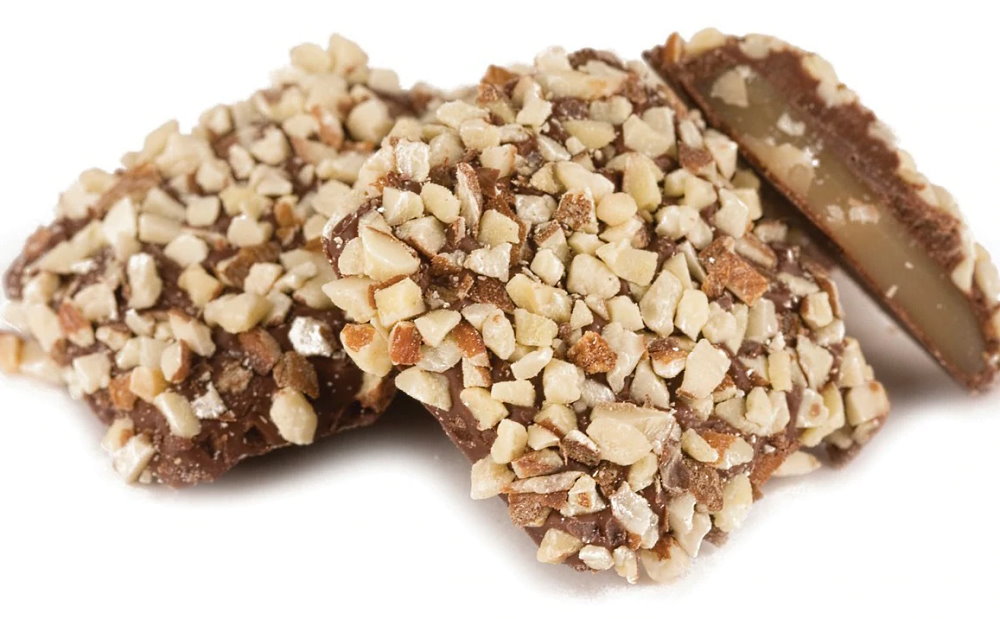 The crispy almond bar is popular in the US. It even has its own holiday – National Almond Buttercrunch Day. A simple but popular dessert.

The word buttercrunch as the name for sweets has been known since 1860. It is believed it was invented by William Loft, the owner of Loft Candy Company, the largest confectionery company at the time. Loft was an excellent pastry chef. He created the almond bar by taking an 1825 toffee recipe and modifying it. He decided to cover the result with chocolate and sprinkle it with chopped almonds.

In 1923, Almond Roca was made by Brown & Haley. The secret of the name is simple: almonds were imported from Spain, the Spanish word roca meant “rock”, and the nuts seemed hard as a stone. The co-founder of the company, JC Haley, came up with an interesting idea: to pack the bars in jars. He noticed coffee stores well in jars, which meant the bars in them would also remain fresh. The idea took off when World War II broke out: canned bars were sent to American soldiers fighting overseas. The war made American buttercrunch famous outside the US.

Who came up with the National Almond Buttercrunch Day and in what year is unknown.

American buttercrunch is often mistakenly called English toffee. But toffee is not covered with almonds. Brown sugar is used to make it, and white sugar is used for the bar. The confusion probably arose from the toffee recipe used by William Loft to make the almond bar.

How to celebrate National Almond Buttercrunch Day? Try to make it original.

When is National Almond Buttercrunch Day celebrated in 2022?

National Almond Buttercrunch Day is observed on June 29 each year.