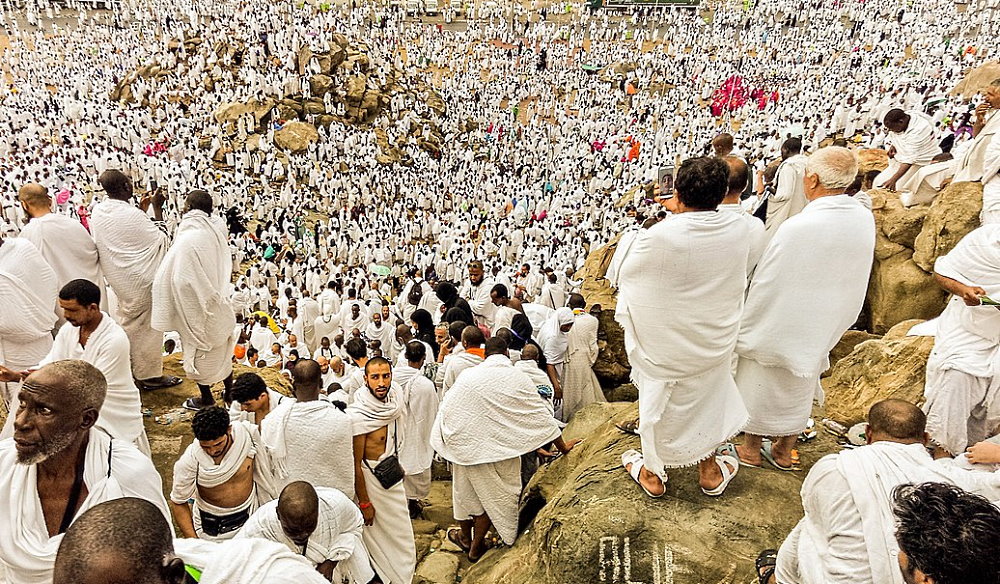 The Day of Arafah is celebrated on the ninth day of the Islamic lunar month. Muslims consider this day the best of all of the year. July 9 is the culminating event for Muslims making the pilgrimage to Mecca, as they gather for prayer in the mountainous plain of Arafa. The pilgrimage is considered the fifth pillar of the Islamic faith, and on the Day of Arafah the sins of the believers are forgiven.

It was on the ninth day of the Islamic lunar month that the Prophet Muhammad delivered a sermon of forgiveness on Mount Arafah, which was witnessed by a huge number of Muslims. Also, when the Prophet was in the plain of Arafah, verse 5:3 of the Qur’an was revealed to him. Another name for this holiday is “Freedom from Fire”. In Islam, it is believed that when Chavah (in the Christian religion, these are the first people, Adam and Eve) were expelled from heaven to earth, they lived in the plains of Arafat.

Most Muslims fast on this day, especially those who do not make the pilgrimage. In Islam, the Day of Arafah is regarded as a day of gratitude, while pilgrims performing the Hajj are not required to fast. This follows from the fact that the Prophet himself did not fast on the day of pilgrimage. Today, about 1.5 million believers go to the desert plains of Mecca to pray and repent.

On the occasion of the Day of Arafah, let us recall the following facts:

For Muslims, it is traditional to visit Mecca, and the Hajj is the fifth pillar in the religion of Islam and the most sacred period of the year. The pilgrimage includes 7 rituals and traditions that are performed in order. Those believers who are unable to travel to Mecca spend the day in prayer and fasting.

When is Day of Arafah celebrated in 2022?

Day of Arafah is observed on the 9th day of Dhul-Hijjah on Islamic Calendar.